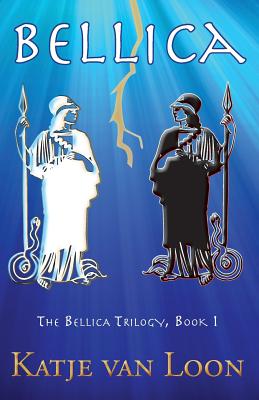 All Bellica Yarrow wants from life is to stay the course. Her military career fulfills her childhood dreams and affords her a freedom royalty never did. Yarrow doesn't need anything more than the steadfast friendship of her Major, Caelum, and her Chief Medical Officer Jules.

The Goddesses have other plans, however. They set in motion events that threaten the bellica with madness and despair. Constancy has been Yarrow's standby, but betrayals on every side push her further into chaos. She watches the puppet-Empress, her aunt, destroy the country, and dreads the day Zardria, her power-hungry twin sister, takes the Sceptre and rules openly.

Should Bellica Yarrow keep her military oath, or topple her sister's cruel regime? Can she?

The choice is nearly impossible. The longer she equivocates, the more she risks the lives of everyone she holds dear. Meanwhile, Zardria has her own idea of how events should unfold - and what Yarrow doesn't know could cost the bellica her life.