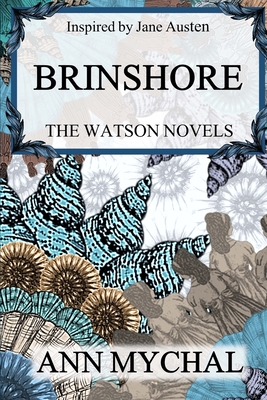 ... What in the name of common sense is to recommend Brinshore? - A most insalubrious air - roads proverbially detestable - water brackish beyond example, impossible to get a good dish of tea within three miles of the place - and as for the soil - it is so cold and ungrateful that it can hardly be made to yield a cabbage... (Sanditon) The year is 1816. The war with France is over and Captain Charles Blake is soon to return home for good. Emma Osborne and Anne Musgrave will spend the summer with their Aunt Harding at a little known paradise on the south coast of England. Not far away, Captain Blake is intent on fulfilling a solemn promise. A sequel to 'Emma and Elizabeth', 'Brinshore' takes its inspiration from Jane Austen's unfinished manuscripts, 'The Watsons' and 'Sanditon'. Ann Mychal was awarded 'Best Debut Author' by Austenprose in 2014 for her first novel, 'Emma and Elizabeth'.

Ann Mychal published her first novel, 'Emma and Elizabeth', in 2014 and was awarded 'Best Debut Author' in the same year by Austenprose. A writer of Austenesque fiction, her second novel, 'Brinshore', a sequel to 'Emma and Elizabeth', takes its inspiration from Jane Austen's unfinished manuscripts, 'Sanditon' and 'The Watsons'.
or support indie stores by buying on
Copyright © 2020 American Booksellers Association