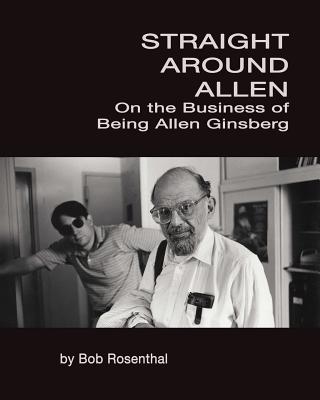 On the Business of Being Allen Ginsberg

Allen Ginsberg was not just a poet; he was one of the most recognizable and outspoken public figures of the late twentieth century. From the mid-fifties onward, Ginsberg was rarely out of the public consciousness as he raised civic and spiritual awareness for all causes large and small. He traveled the world, reading poetry in more than sixty countries, and managed to organize university degrees and mentor young poets.

Arranging Allen's life took a team of dedicated and talented people, and of these people poet Bob Rosenthal worked as Allen's personal secretary over two decades. In this intimate new book, he tells what it was like to be behind the scenes of the Allen Ginsberg industry. From first encounter to Ginsberg's death, Rosenthal recounts the highs and lows of employment in the internationally most-famous-living poet's circle, in a book that is in turns poignant and hilarious, always fascinating.