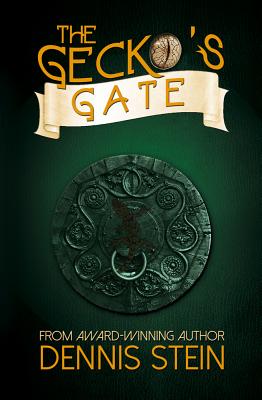 On a planet ruled by reptiles, amphibians, and insects, three young friends are faced with the task of saving their entire world from annihilation by a wicked and terrifying warlord.
When the evil lizard Lord Cyrus Malthor sets out to claim the realm for his own, it is up to brave Case, wise Jonas, and feisty Kiko to embark on a great adventure that will determine the fate of their beloved homeland and the future of the peace—loving reptilian races. After Cyrus lays claim to the Gecko's Gate, a magical artifact that has the ability to transport him and his armies anywhere in the blink of an eye, he appears unstoppable.
Join Chase, Jonas, and Kiko as they journey through lush rainforest's, hidden caves, and scorching deserts, meet mysterious amphibians and powerful leaders, and battle giant insects and formidable armies in their quest to regain the gate, fulfill the prophecy, and rid their world of Cyrus Malthor once and for all.

Dennis Stein lives in Brockville, Ontario, not far from the scenic Thousand Islands. The Gecko's Gate is his fourth title, and one that he has been working on periodically for over nine years. Stein enjoys writing in a wide variety of genres, and regularly writes historical and human interest articles for several local publications. Most of his writing is done on an old Apple iPod Touch, which he carries with him wherever he goes.