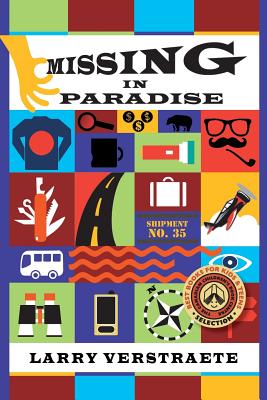 Four months after Gramp's mysterious death, Nate helps out at Gram's garage sale. An eerie feeling, as if Gramps were reaching beyond the grave to send Nate a message, leads Nate to a box full of clues. A missing plane. A secret to keep. A map highlighting the route where Gramps died and the message, "Shipment #35-Gold." Nate and his best friend, Simon, are convinced that Gramps was on a treasure hunt when he died. They're just as convinced that Gram's shifty next door neighbour, Fortier, is after the gold too. Nate and Simon sneak away on a Greyhound bus for the small town of Paradise where Nate is sure treasure awaits. Can they find the gold before Fortier gets his thieving hands on a treasure that rightfully belongs to Gramps?

Larry Verstraete is an award winning author of 13 non-fiction books for young people. This is his first work of fiction.

Recognition for MISSING IN PARADISE: