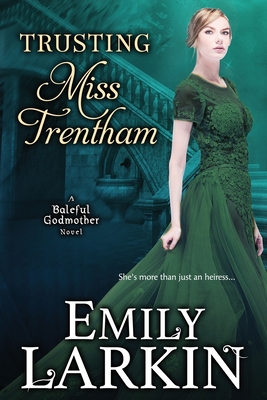 Letitia Trentham is noteworthy for three reasons. One, she's extremely wealthy. Two, she can distinguish truth from lies. Three, she's refused every man who's ever proposed to her.

Until Letty receives a proposal she can't turn down.

Icarus Reid barely survived the Battle of Vimeiro. He lives for one thing--to find the man who betrayed him to the French. He doesn't want to marry Miss Trentham; he wants to use her talent for uncovering lies.

Suddenly, Letty finds herself breaking the rules, pretending to be someone she's not, and doing things a lady would never do. But her hunt for the truth may uncover more than one secret--including the secret that haunts Icarus day and night. The secret he intends to take to his grave...