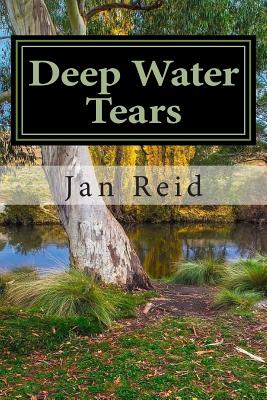 Rachel cannot imagine a life away from 'Binda', her home in the bush, where the Macquarie River flows alongside her back door. Her childhood days are spent with her neighbour and biracial best friend, Darel; exploring and learning about the Australian bush and the Wiradjuri (aboriginal) culture, through the teachings of his part-aboriginal mother. At their favourite meeting place, the dividing fence between the two properties, they share all their secrets, including what Darel has told Rachel about his mother's experience as one of the Stolen Generation. Meanwhile, Rachel's mother, Betty Winton, looks to the future and will go to any length to separate her only daughter from an 'unsuitable' relationship. Rachel is sent to boarding school, and a few years later the family home is sold to Darel's parents, the Rutherfords. Rachel struggles to come to terms with losing Binda and her best friend, but later, when Darel re-enters her life with a woman by his side, she finally decides she must let go of the past, once and for all. However, could what she thought to be her greatest loss, actually be to key to finding her greatest joy?

A sixth generation Australian, Jan Reid's early years were not unlike many others born in the 1960's growing up on a wheat and sheep property in Central West, New South Wales. After the sun went down, almost every night she would be found reading a book, and under the bed covers with a torch when the lights were turned off. In 2009 Jan became a freelance writer, in 2011 a Kindle book author, and in 2013 she completed the Diploma of Professional Writing - Novel Writing and Publishing, with High Distinction. In March 2014, she completed her first novel (Deep Water Tears), in November 2014, her second novel (Grace), and in November 2015, her third novel (Barons Reach). Grace and Barons Reach were both completed during the NaNoWriMo (National Novel Writing Month) challenge. Jan is also the author of several children's picture books, self-published for her grandchildren. Jan is still an avid reader although she no longer needs to hide under the bed covers with a torch. When she is not writing or reading, she puts on her walking shoes and takes off on one of her many favourite walking tracks, savouring the beauty and tranquillity of the South Coast area of New South Wales.
or support indie stores by buying on
Copyright © 2020 American Booksellers Association