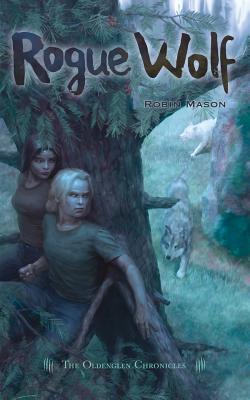 The forgotten forest of Oldenglen, tucked in the foothills of southern Oregon, is forgotten no longer. A rogue wolf pack and its ruthless leader have claimed it as their territory, threatening forever the balance of life in the magical glen.

In this third book in The Oldenglen Chronicles middle grade fantasy series, schoolboy Jax feels the lure of the pack. The wild wolf within him--born of a nip his father received as a boy, then passed through his genes to Jax--strains to run with the invaders. But loyal to the glen, he and best friend Sarah plead with the woodfolk to fight back and summon the Far Glen wolf pack--whose bloodline owes the glen a debt from long ago--to oust the raiders.

Wolf is pitted against wolf when the Far Glen pack answers the woodfolk's plea for help. But a far deadlier peril awaits. The rogue pack's hunting of livestock on farms around the glen has drawn the eye of state and federal wildlife agents. When they surround the glen to cull the rogue wolves, both packs are trapped within its tall stone cliffs. With the lethal cordon drawing tight, Jax and Sarah desperately maneuver to save the wolves they love and keep hidden the secrets of the glen.