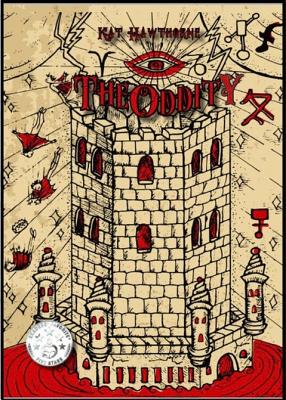 It's gloomy in the witch's card reading shack, but gloomier still in Fisk's terrified gut. He doesn't have long to live. Truly, this is a desperate act3/4looking to the witch for guidance3/4but the Emperor has demanded his head, and the Emperor always gets what he wants. Fisk has an idea, a possibly dangerous idea, but if it's successful it might be enough to buy his freedom. Doomed to live her life in hiding, Katasuma knows that if anyone learns of her existence, she will be next on the butcher's block. Katasuma must decide between living safe, or living free. Because one is stuck in the past and the other can Ses the future, their paths are unlikely to cross. But as Katasuma and Fisk soon find out, when your life's work revolves around bending the restraints of mortal limitations, nothing is impossible.

Kat Hawthorne is a nerd times three. Besides writing, she enjoys creating visual art and playing her cello. She is mother to three small boys, who are unwittingly the inspiration for her need to write.
Loading...
or
Not Currently Available for Direct Purchase