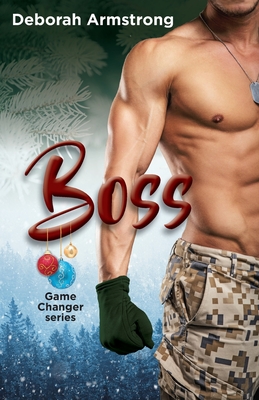 Dr. Jules Montgomery needed a hero for one night. Dane Andrews, known as Boss by the men in his unit, broke his rules and came to her rescue. For one night, they played a game without knowing the other's true identity. She was his Red. He was her Gary. They fulfilled each other's fantasy of the perfect date and lover, learning more about each other than what most couples do in a lifetime.

Five years later, Jules returns to her hometown of High River, Alberta, to accept the position of Chief of Pediatrics of High River General. Most importantly, she's returned to reconcile with her Aunt Val, her only living relative who she hasn't spoken to in two years. Little does Jules know that the man who Aunt Val works for as his housekeeper is Dane Andrews.

Tempers rise, and heated words are said when Jules discovers that the father of her child, Becca, is a retired navy sniper known for his heroics and his number of kills. Jules lost her parents in a mass shooting and is incredulous that her aunt would betray her by working for a man whose career involves killing people. Harder still is knowing that her heart still belongs to Dane, despite what her head tells her. Everything about him goes against everything she believes in.

Dane has struggled since he first met Jules. The day after their fantasy-filled encounter, Dane was hit by a pickup truck, which resulted in him being in a coma. It has taken him all this time to regain some semblance of his former life. With the help of Bates, his right-hand man, and Lucky, his service dog, Dane finally feels that his life is on track. Now he finds himself in the crosshairs of two very different redheads; Jules, who struggles to accept who he is, and Becca, who adores Dane and his dog.

Dane's deepest desire is to claim Jules and Becca as his family, but he's a proud man, and he won't let Jules make him feel ashamed of who and what he was. Jules would love to give her heart to Dane, but she can't ignore his past.

It takes a health crisis, and a life-or-death situation for both Jules and Dane to come to terms with their differences and for Jules to see Dane as her forever hero.