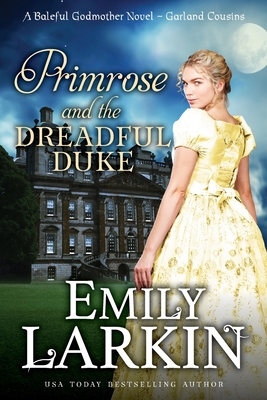 Primrose and the Dreadful Duke

Oliver Dasenby is the most infuriating man Primrose Garland has ever known. He may be her brother's best friend, but he has an atrocious sense of humor. Eight years in the cavalry hasn't taught him solemnity, nor has the unexpected inheritance of a dukedom. But when Oliver inherited his dukedom, it appears that he also inherited a murderer. Oliver might be dreadfully annoying, but Primrose doesn't want him dead. She's going to make certain he survives his inheritance-and the only way to do that is to help him catch the murderer