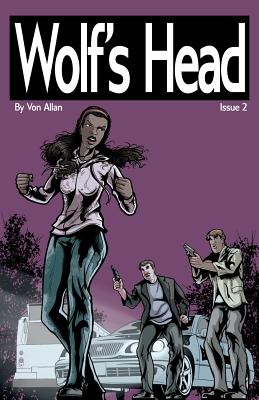 Synopsis: Lauren Greene and her mother, Patty, have a huge disagreement over the future of a self-aware AI that her mom saved from a lab and sheltered from its war-mongering creators. Angry at her mother's stubbornness and terrified of the world they're suddenly involved in, Lauren storms out only to be kidnapped by Jeremy Hamilton, the powerful man who invented the AI. Later that night, in trade for Lauren's freedom, Patty surrenders herself and the AI machine to Hamilton.

Freed by Hamilton's goons and assured that her mother is safe and will be released the next day, Lauren returns home to wait. But later that night, she learns, to her horror, that Patty has been suddenly hospitalized in critical condition and the AI is missing. Since the AI has protected her mother in the past, Lauren races against time to find it, hoping that it can save Patty yet again. As she searches frantically, and with her world turned upside down, Lauren must confront an old enemy, dodge new ones, and find the AI, which might not want to be found...before it's too late for everyone.

Author Biography: Von Allan was born red-headed and freckled in Arnprior, Ontario, just in time for STAR WARS: A NEW HOPE. The single child of two loving but troubled parents, Von split most of his childhood between their two homes and, consequently, spent a lot of time in the worlds of comics and wrestling. He managed an independent bookstore in Ottawa for many years, all the while working on story ideas in his spare time. Eventually, he decided to make the leap to a creative life.

Von was recently featured in the documentary film I AM STILL YOUR CHILD written and directed by Megan Durnford (http: //iamstillyourchild.com) and produced by Katarina Soukup of Catbird Films (http: //catbirdfilms.ca). His artwork was also featured in a CBC Arts video profile at http: //www.cbc.ca/arts/exhibitionists/as-a-kid-his-mother-s-illness-scared-him-now-he-s-using-comics-to-come-to-terms-1.4281356.

Allan is the recipient of the 2014 Corel Endowment for the Arts Award (https: //ottawaartscouncil.ca/en/council-news/two-artists-receive-corel-endowment-arts-awards) and the 2019 CBC Trailblazer Award (https: //newsinteractives.cbc.ca/longform/eric-julien).