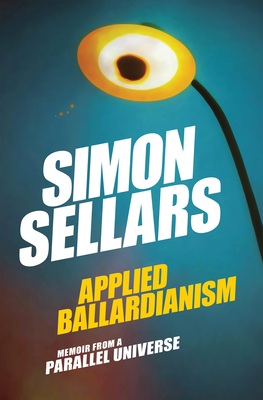 An existential odyssey weaving together lived experience and theoretical insight, this startling autobiographical hyperfiction surveys and dissects a world where everything connects and global technological delirium is the norm.

Fleeing the excesses of 1990s cyberculture, a young researcher sets out to systematically analyse the obsessively reiterated themes of a writer who prophesied the disorienting future we now inhabit. The story of his failure is as disturbingly psychotropic as those of his magus—J.G. Ballard, prophet of the post-postmodern, voluptuary of the car crash, surgeon of the pathological virtualities pulsing beneath the surface of reality.

Plagued by obsessive fears, defeated by the tedium of academia, yet still certain that everything connects to Ballard, his academic thesis collapses into a series of delirious travelogues, deranged speculations and tormented meditations on time, memory, and loss. Abandoning literary interpretation and renouncing all scholarly distance, he finally accepts the deep assignment that has run throughout his entire life, and embarks on a rogue fieldwork project: Applied Ballardianism, a new discipline and a new ideal for living. Only the darkest impulses, the most morbid obsessions, and the most apocalyptic paranoia can uncover the technological mutations of inner space.

An existential odyssey inextricably weaving together lived experience and theoretical insight, this startling autobiographical hyperfiction surveys and dissects a world where everything connects and global technological delirium is the norm—a world become unmistakably Ballardian.

This is a book of critical epistemology, of questioning what it is we know, what it is we can know, about and through literary texts. The refracted fluorescence of our own critical passions and compulsions visits us outlandishly, like lights in the sky.—Brendan Gillott, Minor Literature[s]—

Simon Sellars is a writer and editor. He is the custodian of ballardian.com, and the co-editor of Extreme Metaphors: Interviews with J.G. Ballard 1967–2008.
Loading...
or support indie stores by buying on