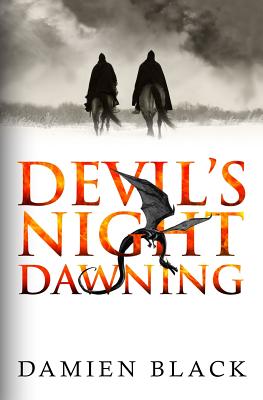 As a kingdom teeters on the brink of war, two witch hunters fight to stop a warlock before he unleashes an ancient evil...

For centuries, the Argolian Order has protected the mortal vale from the dark forces of the Other Side. Now the barrier between worlds is breaking down, and two monks must survive a civil war before they can stop the wizard responsible.

When Adelko is assigned to legendary exorcist and witch hunter Horskram, he expects an adventurous life. Death by adventure isn't what he had in mind - but it seems the only outcome when they learn of a sorcerous theft that threatens the world.

The thief wants to silence them - permanently. And so Horskram and Adelko flee from one danger to another as the Jarl of Thule leads a rebel army against the King of Northalde, plunging the realm into conflict.

And on the Other Side, demonkind reawakens...

The Broken Stone Chronicle is a riveting tale of war, quest, magic and horror for fans of grimdark, sword and sorcery, dark fantasy and epic fantasy. Buy a copy now

'Really strong as a story with great characters and wonderful writing throughout. This is a book I can't wait to tell people about and get them to read.' 5 stars - Kitty, Judge/Reviewer for the 2017 SPFBO writing competition]

'Absolutely worth your time reading. I could learn a lot from Black just by reading this book and absorbing his worldbuilding, prose, and history.' Bookworm Blues]

'An immersive venture into a meticulously-crafted fantasy world ... a juxtaposition of The Exorcist, Kingdom of Heaven and Game of Thrones.' 5 stars - Our Epic Worlds Reviews]

'The Song of Ice and Fire meets The Kingkiller Chronicle.' 5 stars - Moonika @ Amazon/Goodreads]