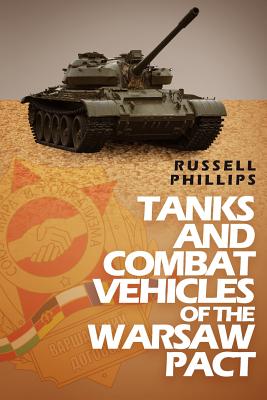 When East and West survived on a knife-edge between peace and war, both sides were busy preparing themselves for military action. But what exactly would NATO's troops have faced if the Cold War had suddenly turned hot?

Tanks and Combat Vehicles of the Warsaw Pact is a fascinating reference book looking at the wide variety of combat vehicles which were poised and ready for action throughout the long years of military stand-off.

Led by the Soviet Union, the nations which formed the Warsaw Pact were as innovative as they were prepared and these deadly war machines had the potential to change the course of world history forever. Find out more about these combat vehicles from how they worked to what they would have been capable of if they had been used in military action against NATO.

Tanks and Combat Vehicles of the Warsaw Pact details more than 100 military vehicles from the 2P26 "Baby Carriage" - a compact Soviet off-road vehicle mounted with anti-tank missiles - to the T-80U main battle tank, in service from 1985 onwards.