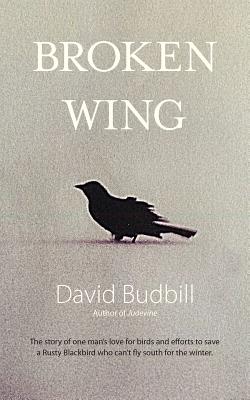 Broken Wing is the story of one man's love for birds and efforts to save a rusty blackbird that can't fly south for the winter. Set in the remote mountains to the north, Broken Wing is an allegorical tale about a rusty blackbird with a broken wing who can't fly and therefore is trapped in the inhospitable north country for the winter, and a man, known only as The Man Who Lives Alone in the Mountains, who lives a solitary life of nurturing attentiveness, simple kindness, and passionate emotional intensity. Broken Wing is the story of how these two different lives come together. A story of loneliness, survival, tenacity, and will, Broken Wing is also about music and race and what it is like to be a minority in a strange place. A story of the natural world and the wonder of birds' lives, and of one man's deep connection to them, Broken Wing becomes a song of praise for the cycle of the seasons and a meditation on the reality of dreams and the dreamlike quality of reality. It is also the story of one individual black man told from outside the usual stereotypes about African-American males, which is a perspective seldom seen in America literature. Told with simple, dignified prose Broken Wing takes on the timeless, mythic aura of a folktale.

David Budbill was an American poet and playwright. He is the author of eight books of poems, eight plays, a novel, a collection of short stories, a picture book for children, and dozens of essays, introductions, speeches, and book reviews. He also served as an occasional commentator on National Public Radio's All Things Considered. His collection of narrative poems, Judevine, was published in 1991. His honors and prizes include an Honorary Doctor of Humane Letters from New England College in 2009, a Guggenheim Fellowship in Poetry in 1981, a National Endowment for the Arts Play Writing Fellowship in 1991, The Dorothy Canfield Fisher Award for Fiction in 1978, and The Vermont Arts Council's Walter Cerf Award for Lifetime Achievement in the Arts in 2002.
Loading...
or
Not Currently Available for Direct Purchase