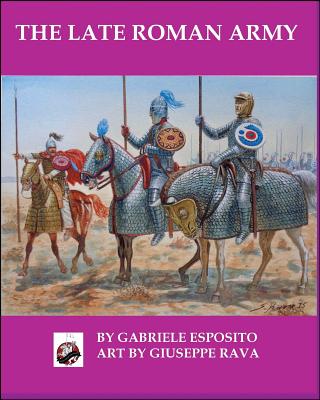 A detailed, illustrated history of the Late Roman Army

Using the most recent research and studies, as well as important primary sources such as the Notitia Dignitatum, Gabriele Esposito outlines a complete picture of the late Roman army from AD 284 to the fall of the Empire in 476.

Contents include information on the organization, structure, equipment, weapons, combat history and tactics of the late Roman military forces.  Combined with original art work by well-known military artist Giuseppe Rava, this books is a must have for this period of Roman military history.

Gabriele Esposito is a history profesor in Italy who has written on a variety of subjects for many publishers of military history including Osprey and Winged Hussar Publishing
Loading...
or
Not Currently Available for Direct Purchase