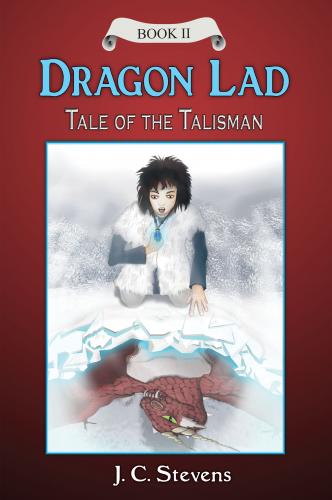 Tale of the Talisman

Magic and adventure abound in this second book in the Dragon Lad trilogy.

The Tale of the Talisman follows our young dragon-hatched hero as he seeks his parents, his past and his destiny in Roman-ruled Britannia. A boy without a history—at least one that he can remember—Dirk turns to his shape-shifting friends for help. They launch him on a quest involving the one clue he has to his previous existence: a magic talisman.

The wizard Beldor gives Dirk a ring that allows him to re-enter the realm he thought he'd left behind. Armed with this ring and a magic map, he travels a trail leading to a raging dragon, a slippery mermaid, two grasping sorcerers and a legion of Roman soldiers. He also discovers a long-lost friend and powers he never imagined.

Fast-paced and funny, Dragon Lad: Tale of the Talisman is a modern classic that can be read alone or as a companion to the first novel in the trilogy, Dragon Lad: The Thirteenth Egg.

Praise For Dragon Lad: Tale of the Talisman…

"In this rollicking sequel, Stevens combines elements of real-life English history with a shape-shifting-oriented adventure for middle-grade readers. ... A fantasy series installment that effortlessly informs as it entertains."
- Kirkus Reviews

J. C. Stevens began writing fiction, nonfiction and poetry at age five. The author's first and favorite stories were about ghosts, witches and other spooky creatures. As an adult, Stevens served as a newspaper reporter, editor and teacher.