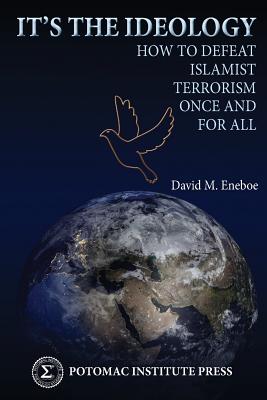 How to Defeat Islamist Terrorism Once and for All

The terrorism embraced by the likes of Islamic State and Al-Qaeda emanates from their common Islamist ideology of hate and intolerance. Kill that ideology and we kill the terrorism that it breeds. But, we cannot kill ideas with bombs and bullets - we can only kill them with better ideas. And since the handful of Al-Qaeda extremists who first attempted to target US interests in 1992 has now grown to over 30,000 in Islamic State alone, what Washington has been doing clearly has not been working. Our strategic victory against Islamist terrorism is all but certain; the only variable in the equation is the human and material cost from our policy missteps and mistakes. Yet even after a quarter century of conflict, Washington still does not have a solid strategy for winning the war against Islamist terrorism. It's the Ideology offers what our leaders have not - a fresh, bold, and clear six-step plan to muzzle our enemies; win the information war; turn failing states around; be smarter in our use of military force; substitute failed conventionalism with bold, twenty-first century approaches; strip Islamism of any religious legitimacy; and, ultimately, prevent future generations of terrorists. This book delivers a specific, real-world strategy to permanently defeat Islamist terrorism once and for all. This is a book about victory. It is a roadmap for restoring America's global statesmanship and leadership written by a fresh voice with an experienced perspective.

David Eneboe is a veteran intelligence community professional with over four decades of experience with Middle Eastern crises ranging from the Syrian invasion of Lebanon in 1976 to the threat of ISIS and Islamist terrorism today - and every major event and terrorist incident in between. During his career Mr. Eneboe has served as a linguist, analyst, and collector who has received numerous personal commendations from senior intelligence officials. With 13 years of service abroad in the Middle East, North Africa, and Europe, he is thoroughly familiar with the Arabic language and culture, the traditions and beliefs of orthodox Islam, and the nihilistic and poisonous ideology of Islamism. Mr. Eneboe currently owns and operates a small, private consulting firm.
Loading...
or support indie stores by buying on