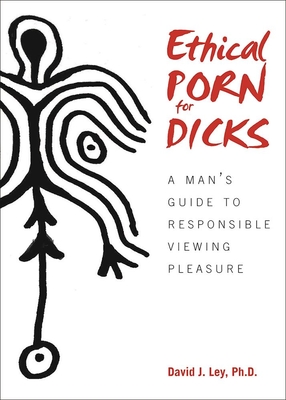 David J. Ley, PhD, is an internationally recognized expert on issues related to sexuality and mental health. He has authored two books, published in the Los Angeles Times and Playboy, and appeared on television with Anderson Cooper and Dr. Phil.

David J. Ley, Ph.D., is an internationally-recognized expert on issues related to sexuality, pornography and mental health. He has appeared on television with Anderson Cooper, Katie Couric, Dr. Phil and has been in publications ranging from the LA Times and the London Telegraph, to Playboy and HUSTLER magazines. Dr. Ley has published extensively in both the academic and "pop" realms of literature. His two books, The Myth of Sex Addiction (2012) and Insatiable Wives (2009) were revolutionary explorations of sexual issues which blended a powerful client-centered narrative with a rich understanding of psychology, biology, and sociology. Dr. Ley has been treating sexuality issues throughout his career. He first began treating perpetrators and victims of sexual abuse, but expanded his approach to include the fostering and promotion of healthy sexuality, and awareness of the wide range of normative sexual behaviors. Insatiable Wives is his first book and won a Silver Medal in the Foreword Magazine Book of the Year contest for 2009. Dr. Ley wrote Insatiable Wives following two years of interviews with couples around the country. His controversial second book, The Myth of Sex Addiction was released in March 2012, challenging the concept of sexual addiction and exploring a different model of male sexuality. The Myth of Sex Addiction triggered a firestorm of debate, allowing people to finally challenge the media hype of this pseudo-disorder. Dr. Ley is a practicing clinical psychologist and he directs an addiction recovery clinic in Albuquerque, NM.
Loading...
or
Not Currently Available for Direct Purchase