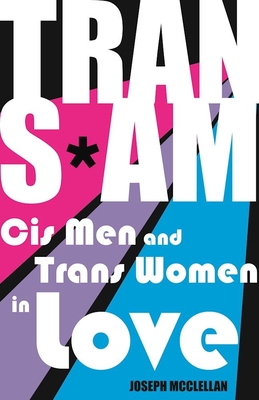 Trans women--assigned male at birth and later transitioned into a female gender-- are recently in media because of celebrities and controversial legislation. Therefore cis men--who identify with a masculine gender they were assigned at birth--are now called upon to share their experiences as lovers of trans women. Using theory and personal anecdotes, the author questions the codes that cis men and trans women use to interpret their own and others' gendered and sexed bodies.

Joseph McClellan, Ph.D., is Assistant Professor, Department of Politics, Philosophy, and Economics, Asian University for Women, Chittagong, Bangladesh, He has previously taught Western and Asian philosophies, as well as Gender Studies, at a number of U.S. colleges and universities. While drawing on his background in these fields, his book Transam is deeply personal. Trans women have played a major role in McClellan's adult life as friends and lovers. After years of intimate discussions with friends and lovers about the unique issues confronting trans women and their partners, he was frustrated by the muddled state of the discourse and convinced that philosophy could contribute to its clarification. He believes that if the complexities of contemporary sex, gender, and sexuality are unpacked through philosophical reflection and discussion, trans people will suffer less as victims of society's misunderstanding and its ensuing wrong-headed legislation and institutional hostility. Columbia University Press published McClellan's translation of contemporary French philosopher Michel Onfray's book A Hedonist Manifesto: The Power to Exist, and he has published translations from Tibetan.
Loading...
or
Not Currently Available for Direct Purchase