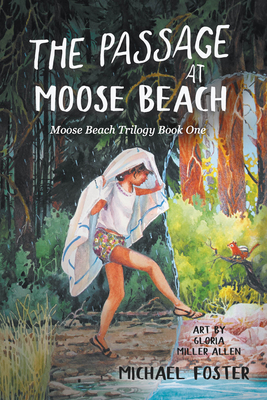 The Passage at Moose Beach

In the wilds of Idaho, an adventurous young girl stumbles into an alternate dimension that's plagued by a tyrannical creature and faces a life-threatening curse as she struggles to find her way home. Eleven-year-old Alicia encounters unusual, surprising friends and terrifying enemies as she embarks on an unexpected and magical journey in nature. The story takes the reader to a land not so far from home, yet farther than imagined, perhaps another realm, that looks much like what we see around us on earth today, but nothing is what it seems. Alicia sets out on a difficult journey to discover a way home, finding compassion and friendship along the way. She meets a squirrel named Mickey, a jay named Briar, and Fiona, the enigmatic deer, who help her fight terrible foes and comes face to face with Bristleback, the fearsome mountain troll. Though Alicia and her friends help each other overcome crippling fear, can they find a way to stop "The Drying" which threatens them all? "The Passage At Moose Beach is an enchantingly magical tale about finding friends in the unlikeliest of people and working together with them to achieve your wildest dreams.

Michael Foster is an avid gamer and works full time for a major tech company. He loves to host backyard barbecues whenever possible and has a vast network of friends in many countries, especially South America where he met his wife. As a child, Michael spent long summers at his family's cabin in Idaho, built by his maternal great-grandfather in the late 1920s. Michael's inquisitive nature kept him out and about, always exploring. Drawing inspiration from his adventures at the cabin, many of Michael's characters sprang from watching his wife and daughter explore his childhood stomping grounds. Gloria Miller Allen has lived in Idaho since 1974, though she spent her childhood in the Mid-West. The first job she remembers was in the Litho Art Department of Hallmark Cards headquarters in Kansas City, MO. Allen was 18 years old and learned an incredible amount about color and value contrasts in painting. After marriage, she and her husband moved to Corvallis, OR for his graduate program in Chemistry, Physics, and Math. After a Ph.D., the family of five moved to East Brunswick, New Jersey, for about five years, then to Idaho.
Loading...
or
Not Currently Available for Direct Purchase