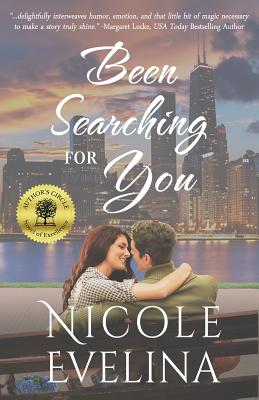 Been Searching for You (Paperback)

Annabeth is a hopeless romantic who believes in soul mates. In fact, she's been writing to hers each year on her birthday since she was 16.

Now, at 34, she's still holding out hope of finding Mr. Right even though he'd be fighting an uphill battle to gain her trust, thanks to a traumatic experience years before that's left her unable to commit.

When Annabeth meets a handsome literature professor named Alex on her 34th birthday, she thinks her quest may finally be at an end. Things don't quite go as planned, so Annabeth resolves to do everything she can over the next year to find the unknown recipient of her letters. But blind dates, Meetup events and online singles sites have nothing on what fate has in store for her when a co-worker unexpectedly quits and Annabeth finds herself working in close quarters with both Alex and her long ago ex, Nick. Fighting her attraction to one and loathing for the other, Annabeth is forced to face all of her old insecurities while keeping an eye on a scheming frienemy who may derail her hopes and dreams.

Written in the tradition of Bridget Jones' Diary, Kim Gruenfelder's A Total Waste of Makeup, and Melissa Pimental's Love By The Book, it shows that love on the sweet side can exist for the modern girl, if only she's willing to trust herself and search hard enough.

Been Searching for You was the winner of the 2015 Romance Writers of America Great Expectations and Golden Rose contests.