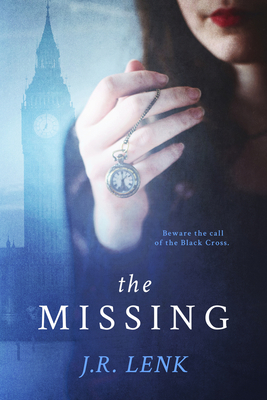 The Curious Cases of Will Winchester and the Black Cross

Dark proclivities, excess, and outlandish curiosities prevail in 1890's London. Around the city, a battle rages between the living and the dead. The Black Cross, tasked to keep the peace, are quickly losing ground.  Sixteen-year-old Willow Winchester, lives life as a boy called "Will" in his father's house of distinguished ladies, all but invisible to the wealthy Londoners who frequent. It's an easy ruse since his mother's death left his father's attention to fall upon business matters. But this isn't his only secret.  When Will unwittingly becomes involved in a Black Cross ghost hunt, his uncanny ability to sense supernatural beings comes to light and the Black Cross wants him in their service. Suddenly, Will's free to be himself.  But such freedom will come with a price, as Will fights for the acceptance of the only father he's ever known. Now, part of a team of misfits and unlikely allies, Will finds he isn't the only one keeping secrets. Someone does not want him to uncover the truth about those who aren’t just missing from the world of the living, but missing from history itself.
Can he find the Missing before he ends up becoming one of them?