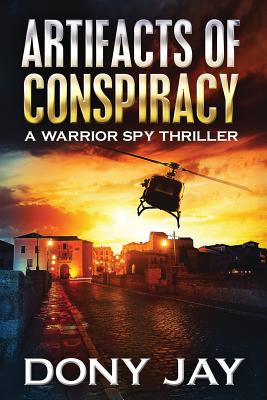 Reagan Rainey was eleven years old when CIA men came to his house and broke the news that his father was dead. And so for the past twenty years, he and his family believed just that. But when a Russian spy named Moses suddenly comes forward and teases a tightly held secret from the past, Rainey's world is turned upside down.

As part of the ensuing internal CIA investigation, Rainey--Delta Force special operator turned CIA operations officer--is dispatched to Great Britain to find out what really happened to his father and why. After narrowly escaping gunmen in England and an ambush in Spain, Rainey mounts his own operation that will lead readers through the spy-rich streets of Vienna and Prague and to the doorstep of Moscow. And leave Rainey staring face to face with a killer.

In his most daunting mission to date, Rainey will do whatever it takes to discover the truth. For his country, his family and himself. A truth that will challenge the very fiber of his faith and just might shake America to its core.