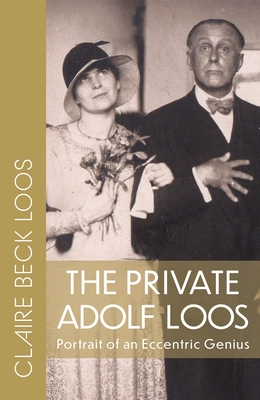 Portrait of an Eccentric Genius

Lively, snapshot-like vignettes form an intimate, literary portrait of the infamously eccentric and influential modern architect Adolf Loos. Written by Loos' third wife, the photographer Claire Beck (1904-1942), these often humorous, short episodes reveal Loos' temperament and philosophy during the last years of his life (1928-1933). His irreverent personality and attitudes about post-Imperial Viennese society, the role of the craftsman, and the organic beauty of raw materials are brought to light. Included in The Private Adolf Loos are Claire's photographs of Loos, collected in museums, as well as informal snapshots of the two of them showing the whimsy and theatricality of this relationship between two artistic personalities--one as infamous as he was well-regarded, and one, a youthful accomplice and budding photographer who would also become Loos' intermediary, secretary and proxy. With this bricolage of short tales and its dark conclusion at the brink of death's door, Claire shows herself to be one of Loos' great champions and memorialists, despite his shortcoming and debilitations. This is not a book just about architecture, but rather a love story about the Modern revolution that provides a woman's insight into one of its most radical personalities, set amid the fascinating cultural backdrop of 1920s and 1930s interwar Europe.

Claire Beck Loos (November 4, 1904 - January 15, 1942*) was a Czechoslovakian photographer and writer. She was the third wife of early modernist Czechoslovak-Austrian architect Adolf Loos. She worked in the atelier of Hede Pollak in Prague and studied photography in Vienna at the Graphische Lehr- und Versuchsanstalt. In 1936, she published Adolf Loos Privat, a literary work of anecdotes about her ex-husband's character, habits, and sayings. Published by the Johannes-Presse in Vienna, the book was intended to raise funds for Adolf Loos's tomb, as he had died destitute three years earlier. She moved to Prague at the beginning of World War II and was deported to Theresienstadt at the end of 1941 and from there to Riga, Latvia, where she was killed in the Holocaust. *Her death date is thus only an estimate.
Loading...
or support indie stores by buying on