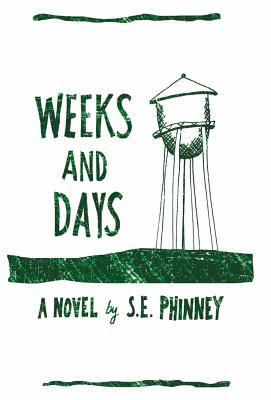 Simple but powerful, Weeks and Days by debut author S.E. Phinney combines straightforward narration, complex but relatable characters, and a moving storyline, creating a fresh, realistic portrayal of being a teenager.

On Valentine's Day, Emily meets--then argues with, then promptly forgets--Stephen. But two weeks later, he shows up again, blunt, spontaneous, a spectacular complication in Emily's otherwise ordinary life. As they grow closer, Emily realizes that Stephen, who she'd initially thought told her everything, is also keeping secrets--or one, at least. She doesn't know what it is--whether he's a compulsive liar, a drug addict, or simply just very, very odd. Not once has she considered what turns out to be the truth, and when Stephen finally tells her, she isn't remotely prepared.

Even as Stephen's reality becomes worse and worse, he knows exactly what he wants, and he's prepared to do whatever it takes to get it. Emily, meanwhile, doesn't have a clue what she wants, or even, really, what she likes. Until Stephen, she's always been okay with that. But eventually, as she accompanies Stephen through what are simultaneously his best and worst days, Emily finds that there's more to life than just floating through.

Part romance, part tragedy, part bildungsroman, Weeks and Days is an honest, engaging young adult novel that hits hard and pulls none of its punches.