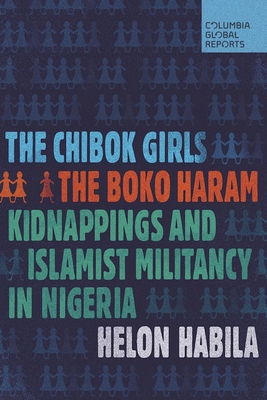 The Boko Haram Kidnappings and Islamist Militancy in Nigeria

"In rescuing the Chibok tragedy from 'mythic status, ' Habila's unusual primer quietly yet powerfully revives the call to take notice." --The Atlantic On April 14, 2014, 276 girls from the Chibok Secondary School in northern Nigeria were kidnapped by Boko Haram, the world's deadliest terrorist group. Most were never heard from again. Acclaimed Nigerian novelist Helon Habila, who grew up in northern Nigeria, returned to Chibok and gained intimate access to the families of the kidnapped to offer a devastating account of this tragedy that stunned the world. With compassion and deep understanding of historical context, Habila tells the stories of the girls and the anguish of their parents; chronicles the rise of Boko Haram and the Nigerian government's inept response; and captures the indifference of the media and the international community whose attention has moved on. Employing a fiction writer's sensibility and a journalist's curiosity, The Chibok Girls provides poignant portraits of everyday Nigerians whose lives have been transformed by extremist forces. Habila illuminates the long history of colonialism--and unmasks cultural and religious dynamics--that gave rise to the conflicts that have ravaged the region to this day.

Helon Habila was born in Nigeria and is the author of three novels, Oil on Water, Measuring Time, and Waiting for an Angel. His fiction, poems and short stories have won many honors and awards, including the Commonwealth Prize for Best First Novel (Africa Section), the Virginia Library Foundation's fiction award, and the Windham-Campbell Prize. Habila's short story, The Hotel Malogo won the Emily Balch Prize. Oil on Water, which deals with environmental pollution in the oil rich Niger Delta, was shortlisted for the Commonwealth Writers Prize (2011), the Orion Book Award (2012), and the PEN/Open Book Award (2012). He worked in Lagos as a journalist before moving to England in 2002. He co-edited the British Council's anthology, New Writing 14 and edited The Granta Book of African Short Story in 2011. He is currently an Associate Professor of Creative Writing at George Mason University and lives in Virginia with his wife and three children.
Loading...
or support indie stores by buying on