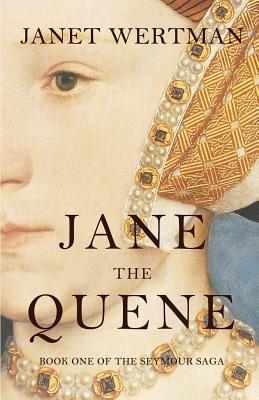 All Jane Seymour wants is a husband; but when she catches the eye of a volatile king, she is pulled deep into the Tudor court's realm of plot and intrigue....England. 1535. Jane Seymour is 27 years old and increasingly desperate for the marriage that will provide her a real place in the world. She gets the perfect opportunity to shine when the court visits Wolf Hall, the Seymour ancestral manor. With new poise born from this event, it seems certain that her efficiency and diligence will shine through and finally attract a suitor.Meanwhile, King Henry VIII is 45 and increasingly desperate for a son to secure his legacy. He left his first wife, a princess of Spain, changing his country's religion in the process, to marry Anne Boleyn -- but she too has failed to deliver the promised heir. As Henry begins to fear he is cursed, Jane Seymour's honesty and innocence conjure redemption. Thomas Cromwell, an ambitious clerk who has built a career on strategically satisfying the King's desires, sees in Jane the perfect vehicle to calm the political unrest that threatens the country: he engineers the plot that ends with Jane becoming the King's third wife.Jane believes herself virtuous and her actions justified, but early miscarriages shake her confidence and hopes. How can a woman who has done nothing wrong herself deal with the guilt of how she unseated her predecessor?

Janet Ambrosi Wertman grew up within walking distance of three bookstores and a library on Manhattan's Upper West Side - and she visited all of them regularly. Her grandfather was an antiquarian bookdealer who taught her that there would always be a market for quirky, interesting books. He was the one who persuaded Janet's parents to send her to the French school where she was taught to aspire to long (grammatically correct) sentences as the hallmark of a skillful writer. She lived that lesson until she got to Barnard College. Short sentences were the rule there. She complied. She reached a happy medium when she got to law school - complicated sentences alternating with short ones in a happy mix. Janet spent fifteen years as a corporate lawyer in New York, she even got to do a little writing on the side (she co-authored The Executive Compensation Answer Book, which was published by Panel Publishers back in 1991). But when her first and second children were born, she decided to change her lifestyle. She and her husband transformed their lives in 1997, moving to Los Angeles and changing careers. Janet became a grantwriter (and will tell anyone who will listen that the grants she's written have resulted in more than $20 million for the amazing non-profits she is proud to represent) and took up writing fiction. There was never any question about the topic of the fiction: Janet has harbored a passion for the Tudor Kings and Queens since her parents let her stay up late to watch the televised Masterpiece Theatre series (both The Six Wives of Henry VIII and Elizabeth R) when she was *cough* eight years old. One of the highlights of Janet's youth was being allowed to visit the Pierpont Morgan Library on a day when it was closed to the public and examine (though not touch!) books from Queen Elizabeth's personal library and actual letters that the young Princess Elizabeth (technically Lady Elizabeth...) had written. Janet is thrilled to finally be releasing the first book in The Seymour Saga series: Jane the Quene will come out on April 14. The second book, The Path to Somerset, will chronicle Edward Seymour's rise after Jane's death to become Lord Protector of England and Duke of Somerset - taking us right through Henry's crazy years. Finally, the third book, The Boy King, will cover the reign of Jane's son, Edward VI, and the string of betrayals he suffered.
or support indie stores by buying on
Copyright © 2020 American Booksellers Association