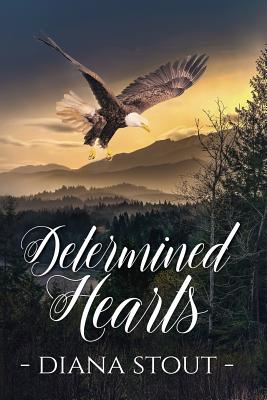 Hawk Hunter, a half-Shoshone Indian, left New York at the height of his book-cover modeling career without anyone knowing why. His goal? To re-establish eagles to the Snake River Valley in Idaho, his ancestral homeland, and with zero publicity. The only way to reach Hawk's mountaintop is by helicopter-with his knowledge. To date no one has been able to get an interview.Wildlife photojournalist Jennifer Frost is determined to get the elusive story, not realizing there is bad blood between her boss who wants this story and Hawk. Her reward for getting the story is a desired promotion denied to her thus far. Her boss lies telling her permission has been obtained. Stuck with Jennifer for two weeks, Hawk is determined to save his eagles and see that any story remains on the mountain. Jennifer is determined that she'll get the story, no matter what. Just before her arrival, Hawk spotted poachers in the valley. It's just a matter of time . . . Both Jennifer and Hawk must compromise and give up something they strongly believe in, but can they? Are they willing to betray the other to meet their individual goals, or will their new-found feelings for each other determine a future that neither had planned?

Diana Stout, MFA, PhD is a screenwriter, author, former English professor, who loves to teach others about writing. Her students have said, "She smiles when she talks about writing." An award-winning writer in multiple genres, she has published three romances, magazine articles, short stories, poetry, served both as a newspaper and magazine columnist, had two short plays produced in New York, and has optioned a screenplay. She has served as a reviewer for various academic journals, as a contest judge for multiple writing organizations-both young adult and adult, in fiction and nonfiction. Today, she celebrates that return to her creative-writing roots and continues to write fulltime with novels and screenplays. Additionally, she provides editing and copywriting services for others. Favorite non-writing activities include watching movies, reading, and putting jigsaw puzzles together.
Loading...
or support indie stores by buying on