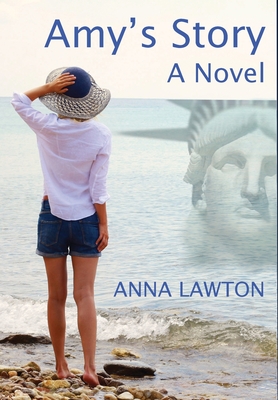 Like Elena Ferrante, this author tells a gripping story of friendship, struggle, love, and social turmoil, with two women at its center, against the background of American society (1960's to 2012). From the hippie movement to the 9/11 attack and beyond, this novel reveals the erosion of American values which brought about the current outcome.

Amy's Story begins with Amy (full name America) moving from Italy to New York City to live near her American father, head of a publishing house. Her life journey is intertwined with the story of Stella, her childhood friend, whose unfinished memoir she intends to publish. They both experience love, friendship, obstacles, success, and more, as their path runs parallel to the Vietnam War, student protests and the Kent State shooting, hippie culture, the birth of radicalism and feminism, presidential elections and assassinations, the Watergate scandal, up to the 9/11 attack and beyond, providing a commentary on the historical highlights that influenced the development of American society over the past 40 years and brought about the current outcome.

Additional captivating characters complete the picture and sustain the action: Jim, a heartthrob who conceals his sensitive nature under a bravado fa ade. Steve, Stella's husband, conformist and uninspiring; Nik, a passionate and extravagant Russian intellectual; Rosa, once a maid at Amy's grandmother's country estate and now married to the owner of a New York pizzeria; and others.

Stella's memoir never gets published, because Amy transforms it into a very successful novel. This twist will have the reader re-imagine the entire story and see it from a surprising new perspective.