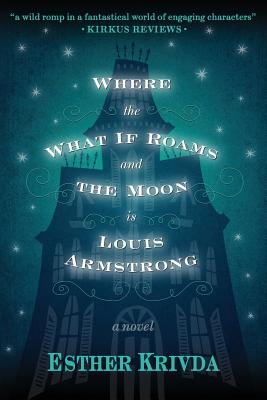 Sophia Oomla leaves the talking world. When her teacher calls on her. When her classmates speak to her. But at midnight, when no one can hear her, no one can see her, she finds her tongue. In fact, she is the Star-of-the-Talking-World, and a vamp, too, who can strut and hold forth and thunder away in her very own clandestine Midnight Movie Star School. For Sophia Oomla only wants to talk in the Talking-World the way Movie Stars do, the way her Mother does. Because surely they are from the Land-of-the-Perfect, and not from the land that she comes from, the Land-of-the-Timid-Tongues. Because wordless-ducklings from that land get sentenced to see speech therapists for non-communication, like she's been.

Eloquent in one place, but not another?

Do you smell a paradox, Readers?

The magical creatures sure did. They lived in our protagonist's head and know all about minds and thinking, except why this girl could be so very confident in one place and so very faltering in another. Those creatures needed someone who not only understood the problem but who would write a book about it. Which lead their noses right smack to me, another falterer and a writer besides. Those sniffer-extraordinaires must've sniffed my own about-faces - like when my inside-me is dying to write but my outside-me can't type a word. So those tricksters drafted me to narrate Sophia's story. But those imps weren't finished; they knew that paradoxes were running amok in her parents, the Oomlas', minds as well and they insist I tell their story, too.

'Where the What If Roams and the Moon Is Louis Armstrong' wonders why somebody is one way on the outside, but inside, something else entirely. Can the Oomlas, can I, can anyone, live with our paradoxes? Or will each of us collapse like a house divided? And it wonders, too, about those nagging voices within, some of whom, in this story, take the form of magical creatures who wouldn't leave the Oomlas alone (or me, either). Just who are those voices? Who is that interrupting us, haunting us, stopping us from going on our merry way? Who really is inside us calling our shots? Our parents, the universe? Where do they end and our true selves begin? And how can we be who we really are if there are so many others inside us? And just who exactly is that pest inside Sophia who keeps comparing her voice to her Mother's? And who is that nagging voice within me that wouldn't let a writer write? Will Sophia ever stop believing it? Will I?