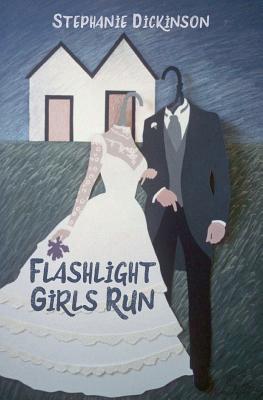 In the ten prize-winning stories that make up Flashlight Girls Run, we are propelled into new millennium America as the 20th century implodes, and the first decade of the 21st century explodes. Rendered in a swarming lyricism, Dickinson's characters, most of who identify as young women, have already survived great traumas or are in the midst of a life-altering event that changes everything: Jesusita who walks a tightrope between her husband blinded in Iraq and her father-in-law who has fallen in love with her; Bonnie and Nick who are haunted by Afghanistan's Korangal Valley and the illusive snow leopard who makes its home in the remote rocks above the nightmarish fighting; and Bethany, an Iowa girl home from her deployment and missing her left arm, who visits the Wee Blue Inn and sees her first love Moses sitting at the bar. In this collection written in flames and with an eye cocked to the fierce, beautiful blue sky, there's always the possibility of redemption and rising again. Flashlight Girls Run celebrates darkly the music and miracle of being alive.

Stephanie Dickinson has lived in Iowa, Texas, Louisiana and now New York City, a state unto itself. Her work appears in Hotel Amerika, Mudfish, Weber Studies, Fjords, Cherry Tree, Water-Stone Review, Gargoyle, Rhino, Stone Canoe, Westerly, and New Stories from the South, among others. Her novels are Half Girl and Love Highway, based on the 2006 Jennifer Moore murder. Heat: An Interview with Jean Seberg, was released by New Michigan Press, and her hybrid collection, The Emily Fables, is just out from ELJ Publications. Her work has received multiple distinguished story citations in the Pushcart Anthology, Best American Short Stories, and Best American Mysteries. She is the editor of Rain Mountain Press.
or support indie stores by buying on
Copyright © 2020 American Booksellers Association