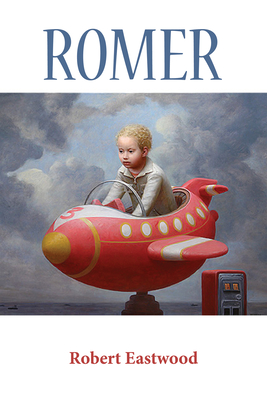 Using the schema of Dante's Purgatorio, Robert Eastwood's Romer is a poem of thirty-three Cantos in three-line stanzas, illuminating the experience of a modern man at every stage of his life. Just as the Purgatorio explores the psyche in terms of its earthly existence, Romer follows the journey of one man who needs to know who he is, where he is, and what he is trying to do. This need is universal, so in that sense, Romer is every man.

Robert Eastwood's first book, Snare, was published by Broadstone Press in 2016. His chapbooks are The Welkin Gate, Over Plainsong, Night of the Moth, published by Small Poetry Press. His work has appeared most recently in Legendary, Up The Staircase Quarterly, Loch Raven Review, and The Steel Toe Review He has been nominated twice for the Pushcart Prize. Eastwood lives in San Ramon, California and is a graduate of C.S.U.L.A. and the secondary teaching program at Saint Mary's College. He worked thirty-four years as manager in the telecommunications industry before becoming a high school English teacher and a poet.
or support indie stores by buying on