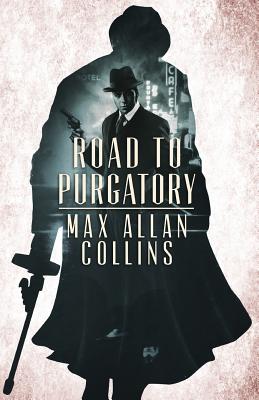 The brilliant sequel to Road to Perdition, Max Allan Collins' masterpiece of crime fiction that became both a literary and cinematic classic.
Twenty-two year-old Michael O'Sullivan returns from the second World War with a medal of honor, a glass eye, and the violent skills necessary to avenge his family, who were gunned down by the Chicago mob when he was a child. O'Sullivan becomes mobster Frank Nitti's trusted chauffer...and an undercover operative for federal agent Eliot Ness...but even as he seeks revenge, he finds himself being seduced by the criminal underworld that he loathes.
"PURGATORY succeeds in putting us inside the head of an honorable man descending into a hell of his own creation." Entertainment Weekly
"An explosive, action-packed blockbuster, destined to rank right up there with THE GODFATHER series when all is said and done." Detroit Free Press
"A cordite-drenched Shakespearean tragedy." Kirkus Reviews

Max Allan Collins is the recipient of the Lifetime Achievement Award from the Private Eye Writers of America, and the author of many books, including "Road to Perdition," which became the Oscar winning film, and the "Quarry" novels, the basis for the hit TV series on Cinemax
or support indie stores by buying on
Copyright © 2020 American Booksellers Association