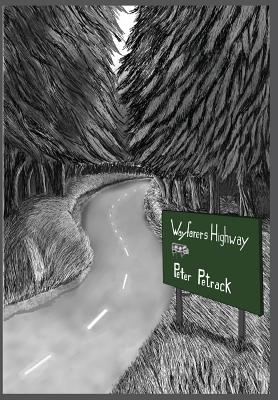 A camper travels the back roads of America, but it is not what it seems. Pursued by powerful forces: a mastermind, a maniac, and a terrorist, its crew wonders if they'll ever reach Journey's end.

When Eloise Corwin - a longtime patient in her desert hometown's infirmary - finds a wounded young traveler sharing her sick room; she insists that he tell her about his adventures. The young man, Orson Gregory, tells her how he found and stole a glowing gemstone, hidden for decades beneath the government-built factory beside his family farm. He tells her how he's been chased ever since - by mercenaries, by terrorists, and by other, stranger enemies. He tells her how he threw in his lot with a real adventurer, a mythology professor, an innkeeper, and a duo of hired guns on a cross-country journey to clear his name and return home - something he's currently failing to do. To reach safety, the motley travelers will first have to deal with each other, evade the foes that follow their every move, and tangle with other forces both strange and powerful, their fellow travelers on the Wayfarers Highway.