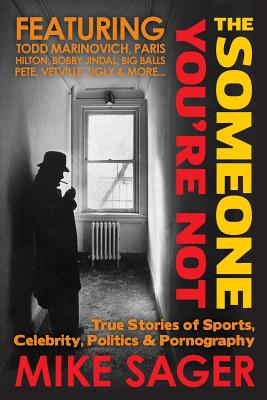 The Someone You're Not--University Edition

Bestselling author Mike Sager's fourth collection showcases his deftly-written journalism at its best and most mature, a riveting marriage of crime reportage and you-are-there literary anthropology.

"Mike Sager writes with uncommon grace and, always, with respect for those who give him their time. His stories cut to the bone of our common humanity."
-Paul Hendrickson, author of Seminary and Hemingway's Boat, on The Someone You're Not