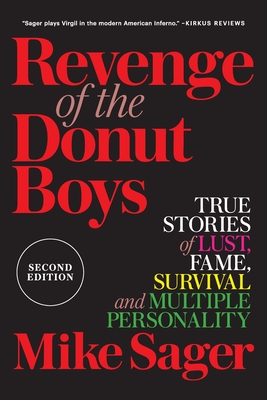 Revenge of the Donut Boys

From ground zero of the deadliest wildfire in California history to the cozy living room of super-spokesmodel Brooke Burke; from the recording studio with gangsta-rap pioneer Ice Cube to the tour bus with the Satanic metal band Slayer; this tough but lyrical collection of seventeen stories, by award-winning Esquire and Rolling Stone writer Mike Sager, brings into sharp focus the rich but confusing state of modern American life- its values, virtues, obsessions, and hypocrisies. A second edition of the author's bestselling collection, with updated material and new author's note.

Deeply focused long-form narrative journalism from the writer who has been called "the Beat poet of American journalism- that rare reporter who can make literature out of shabby reality."