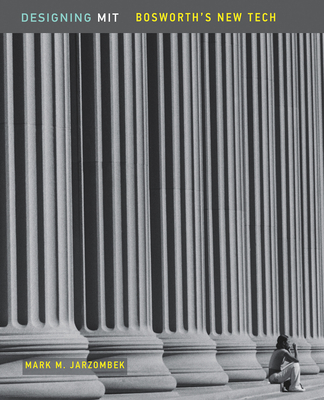 A generously illustrated account of artistic clashes, bureaucratic tangles, and contemporary politics that accompanied the design and building of MIT's Cambridge campus.

At the end of the nineteenth century, MIT occupied an assortment of laboratories, classrooms, offices, and student facilities scattered across Boston's Back Bay. In 1912, backed by some of the country's leading financiers and industrialists, MIT officials purchased an undeveloped tract of land in Cambridge. Largely on the basis of a recommendation from John D. Rockefeller, Jr., MIT hired the cole des Beaux-Arts-trained architect William Welles Bosworth to build and design a new campus.

Designing MIT is the first book to detail Bosworth's challenges in the planning and construction of MIT's unique Cambridge campus. MIT professor of architecture Mark Jarzombek provides a fascinating sample of the architectural debates of the time. He examines the competing project proposals--including one from Ralph Adams Cram, noted for his gothic West Point campus--and describes how Bosworth found his classically oriented vision challenged by the engineer John Freeman, a proponent of Frederick W. Taylor's new principle of scientific management. Jarzombek shows that their conflict ultimately resulted in a far more innovative design than either of their individual approaches would have produced, one that employed new European concepts of industrialism, efficiency, and aesthetics in academic structures.

Generously illustrated with images from the MIT archives, the story of Bosworth's new "Tech" offers more than just insight into the planning of a campus. Fraught with artistic clashes, bureaucratic tangles, and contemporary politics, the story of MIT's design sheds light on the academic culture of the early twentieth century, the role of patronage in the world of architecture, and the history of the Beaux-Arts style in the United States.