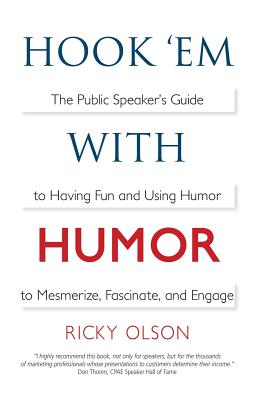 The Public Speaker's Guide to Having Fun and Using Humor to Mesmerize, Fascinate, and Engage

Ricky Olson is an award-winning humorous speaker. Although he was told all his life he was funny, no one was laughing when he gave stand-up comedy a shot. Being "naturally funny" failed him, so he was forced to figure it out or quit. After four years of intense study and after finding an amazing coach, Ricky shares what he's learned, so you, too, can Hook 'Em with Humor.