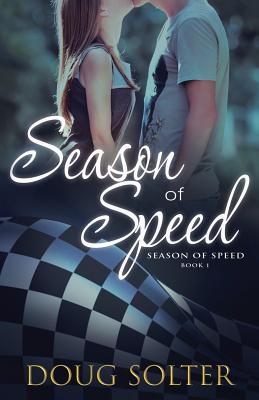 Can he help her win it all? Samantha knows she has the talent to make her racing dreams become a reality. But competing for the Formula One world championship demands everything the seventeen year old has to give and more. The pressure brings out the demon that chases her on the racetrack. The demon Samantha created after she did something stupid behind the wheel. A demon she can't defeat alone.

Manny told the girl she was being considered for his family's racing team. But it was a mistake. He tries to fix it, but that girl shows up and causes a scene. Even shoves him out of the team's trailer. But you know, what? Samantha isn't that bad. Manny admires her confidence and tenacity. And her hair smells nice too. Like a fresh set of tires.

As Samantha fights for wins on the track, the two teens become best friends. But Manny realizes his feelings for her run deeper than that. If he opened up to her, would Samantha reveal the same feelings for him?

To become world champion Samantha must take on Spa, a racetrack nestled in the lush Belgian forest known as the Ardennes. As her car pushes two hundred and thirty miles per hour, she must fight the men in front of her, the skies above her, and the demon inside her.

Season of Speed is the first book in a young adult racing romance series that features well developed characters, an amazing plot, and a strong heroine with spunk. If you like a character-based novel full of action with a sweet and believable relationship, then you'll love the first installment in Doug Solter's totally original series.

Author's Note: Season of Speed is an updated version of Skid, my original title for this novel that was first published in 2012.