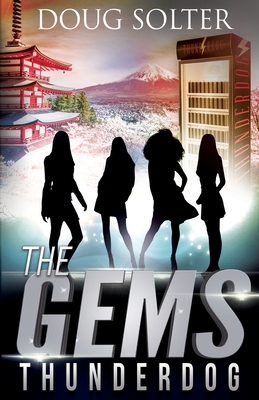 Can they save thousands of teens from becoming weapons of mass destruction? In Japan, sixteen-year-old Miyuki always felt like a square being pounded into a round hole. She turned her back on tradition and earned the fury of her father. The father who burned her with a cigarette and sent her off to live with strangers in a strange land. Now Miyuki is one of the Gems, a group of four talented young ladies who spy for a mysterious world-wide organization known simply as The Authority.

When a new energy drink called Thunderdog causes a rash of violence at their high-school, Miyuki and the Gems are sent to Japan to find out why. The visit forces Miyuki to see her father, now a senior executive of the beverage company that produces Thunderdog.

As Miyuki struggles with family, the Gems uncover a dark trail of conspiracy, bigotry, and a diabolical plan that would see most of the great cities of the world burn.

Can Miyuki convince her father to help? Can the Gems stop thousands of teens from become weapons of mass destruction?

If you like culturally-diverse characters, girl-power bonding, and crazy thrills, then the third book in Doug Solter's continuing young adult spy series is for you.