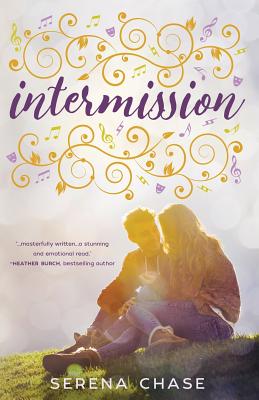 We are starlight on snow. The reflection of something already beautiful-absorbed, reflected, and remade into something . . . more.

Sixteen-year-old Faith Prescott eagerly awaits the day she will exchange her small Iowa hometown for the bright lights of Broadway, but her success-driven parents want her to pursue a more practical career, labeling "artsy" people-including their daughter-as foolish dreamers worthy of little more than disdain. When Faith meets nineteen-year-old Noah Spencer she discovers someone who understands her musical theatre dreams . . . because he shares them. Faith's mother despises everything about Noah-his age, his upbringing, and even his religious beliefs-and she grasps at every opportunity to belittle his plans to study theatre and pursue a stage career. When those criticisms shift further toward hostility, resulting in unjust suspicions and baseless accusations, an increasingly fearful stage is set for Faith at home, where severe restrictions and harsh penalties are put in place to remove Noah Spencer from her life. But Faith has never connected with anyone like she has with Noah, and no matter how tight a stranglehold her mother enforces to keep them apart, Faith will not give him up. Behind the curtain, Faith's love for Noah continues to grow, as does her determination to hold on to her dreams-and him-no matter how high the cost. Intermission is a heart-wrenching contemporary YA romance set against a backdrop of musical theatre and family drama. With coming-of-age themes that honestly explore gray areas of moral dilemmas, this novel traces the path of one talented teen girl as she crosses painful thresholds of first love, faith, and betrayal to take the necessary steps toward adulthood, independence, and the dreams that set her heart on fire.