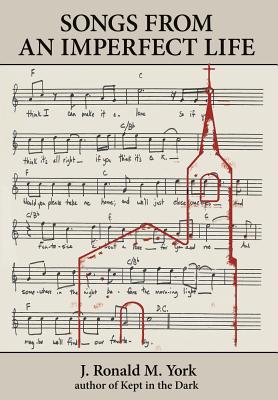 Songs from an Imperfect Life (Hardcover)

Ron York has no memory of his third birthday party, or the fact that his father was not present. Family photos reveal a smiling child, while letters and newspaper clippings explain his father's absence - he was in jail after being arrested for molesting Ron's 13-year-old cousin.

The following year, the York family had relocated from Miami to Nashville. They joined First Baptist Church and tried to start over. His parents, busy keeping the secrets of their own past, were unaware that their 7-year-old son had begun keeping secrets, too. Over the next several years, Ron was molested by three men within their church. And by the age of 10, the sexual activity had expanded into downtown movie theaters, department store restrooms and beyond.

Although on a destructive and dangerous path, Ron kept his "other life" hidden behind a smile as his parents had done, so much so that even his occasional cries for help went unheeded. As a teenager, Ron found an outlet for expressing his thoughts, dreams and pain through the lyrics in his musical compositions.

Now that his late father's secrets have been revealed, York believes there must be a reason and a purpose for his own complicated and flawed life. Songs from an Imperfect Life is a raw, honest confessional of a broken child's desperate need for attention, and an account of his journey toward healing the pain that his family never expressed.