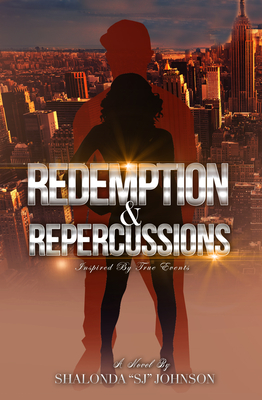 There's nothing Nina wouldn't do for her man Samir. She risks everything and leaves behind her old life as an executive to embark on a dangerous path with the man she loves. Her Bonnie and Clyde mentality earns them money, power and respect; something he lost years ago. Together they take back the streets, gaining the redemption Samir desperately needs and reaping the rewards from their new status. Her number one priority is getting him a second chance at being back on top...at whatever cost and without a care for the repercussions. Inspired by true events, this riveting tale of a hustler's determination and unconditional love delves deep into Brooklyn's gritty underworld. Filled with passion, crime and betrayal, Nina and Samir's story epitomizes using what you have to get what you want.

Shalonda R. Johnson, professionally known as "SJ," is originally from Hampton, VA. Since the age of fifteen she has aspired to become an author and actress. Upon graduation, she left Virginia to study acting at Temple University's extensive Theater Program. In 2007, she received her BA degree in Theater and has been pursuing her dreams of writing and acting ever since. Her recent acting work includes a national commercial for Dr. Miracle's hair care products, Gerber, 5-Hour Energy, Five Below, and Beyonce's video "The Best Thing I Never Had." Redemption & Repercussions is her debut novel and details the heart-wrenching story inspired by actual events.
Loading...
or
Not Currently Available for Direct Purchase