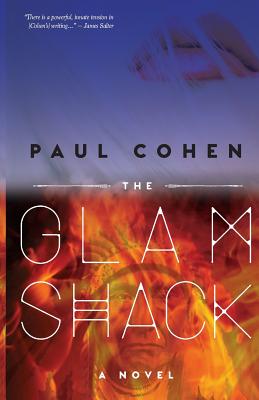 Reluctant fashion journalist Henry Folsom is in love with Her, a deer-hued snake-taut beauty whose smile is an Event. The only problem is Her fianc in New Orleans. And She's going to see him for twelve days, while Henry smolders in The Glamshack, his borrowed Silicon Valley poolhouse and site of their months-long affair. Mesmerized by the American Indian wars, grasping for the divine as he relives this bloodied love, Henry must decide what it means to make his Last Stand.

Nominated for a Pushcart Press Editor's Book Award, The Glamshack is a lyrical, darkly humorous novel on the nature of love, divinity, the Plains Indian Wars, and the male gaze. A bold, accomplished work set at millennium's end, the book echoes early prose masterpieces of Cormac McCarthy and Martin Amis, but is entirely Paul Cohen.