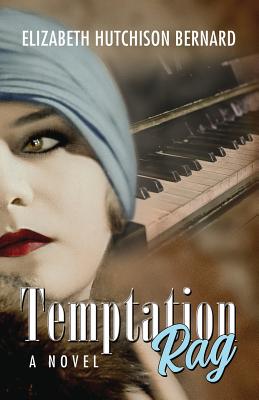 What Water for Elephants was to the circus, Temptation Rag is to ragtime

"Bernard's resonant novel . . . about the birth and demise of ragtime . . . is a lively tale in which romance and creative passions abound."--PUBLISHERS WEEKLY

The world of ragtime is the backdrop for a remarkable story about the price of freedom, the longing for immortality, and the human need to find forgiveness. Seventeen-year-old May Convery, unhappy with her privileged life in turn-of-the-century New York City, dreams of becoming a poet. When she meets the poor but talented Mike Bernard, an aspiring concert pianist, she immediately falls in love. But after their secret liaison is discovered, neither is prepared for the far-reaching consequences that will haunt them for decades. Mike abandons his concert career to become "Ragtime King of the World." But as his professional rivalry with the self-proclaimed Originator of Ragtime, Ben Harney, escalates into obsession, he sinks deeper into a life of self-indulgence and moral depravity. May, trapped in an abusive marriage arranged by her parents, struggles to find freedom through her poetry, involvement in the women's suffrage movement, and yet another forbidden relationship, this one possibly more scandalous than the first. Both May and Mike continue to conceal painful truths until a chance meeting offers the opportunity to make a life-changing choice. From vaudeville's greatest stars to the geniuses of early African American musical theater, an unforgettable cast of real-life characters populates this richly fictionalized historical saga.

Elizabeth Hutchison Bernard is author of the historical thriller The Beauty Doctor, Finalist for the Eric Hoffer Book Award, National Indie Excellence Awards, AZ Literary Awards, and Medallion Honoree of the Book Readers Appreciation Group. Her second novel, Temptation Rag, is based in part on the life of her husband's grandfather, Mike Bernard, who won the title "Ragtime King of the World" in 1900.