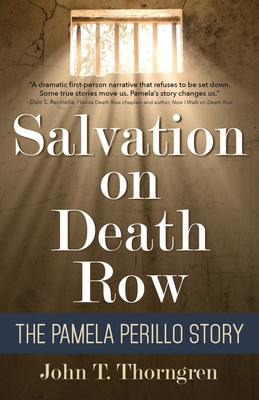 “Some true stories move us. Pamela's story changes us.” — Dale S. Recinella, Chaplain for Florida's Death Row and author of Now I Walk on Death Row

Convicted of capital murder in 1980, Pamela sat on Texas’s Death Row awaiting lethal injection. But less than two days before her scheduled execution, she was given a second chance, and in 2000, she was resentenced: from death to life in prison with the possibility of parole.

Her first chance at new life had come shortly after her arrest, when Pamela embraced the Christian faith and began bringing her fellow inmates to redemption in Christ.

That’s why although Pamela’s story is one of imprisonment—first by abuse and addiction and ultimately behind the locked doors of the criminal justice system—it’s also a story of hope—of finding a new path in faith, of taking courage from the promise of salvation, and of praying for parole after decades of incarceration.

Salvation on Death Row combines true-crime reporting with a powerful spiritual memoir, reminding us that every life is a journey, every person is capable of change, and every individual can make a positive impact on the world.

John T. Thorngren, a Texas writer and graduate of the University of Texas, has enjoyed a myriad of life experiences working from basements to boardrooms. He is a songwriter published in Southern Gospel and an author of several patents, technical articles, and a nonfiction book on probability and statistics. John and his wife of more than five decades live in Shady Shores, Texas, where their livestock freely roam the grounds. After his first heart attack at an early age and two subsequent heart attacks followed by two open-heart surgeries, John believes that God has a purpose for every life.