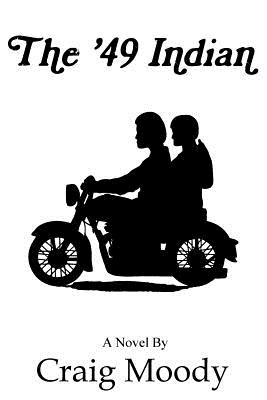 In the summer of 1983, twenty-year-old Dustin Thomas's naive curiosity leads him into the shadows of Fort Lauderdale's seedy underground, where his innocence is met with violent and traumatic consequences. Despite the dire start, the dreariness of the season is instantly transformed when a handsome and mysterious new next-door neighbor arrives, the tattooed, multi-talented, and youthfully exuberant Midwesterner, Gauge Paulson. Gauge possesses an inspired passion for restoring his late father's classic 1949 Indian motorcycle, as well as a healthy penchant for the beautiful young women of the nearby South Florida beaches. Regardless of their differences, Gauge and Dustin kindle an unlikely companionship, spending nearly every waking hour together for the remainder of the summer.

After a series of dramatic and disturbing circumstances force the duo to flee the familiarity of home, they venture across the country on the back of the antique motorcycle, with only their friendship and a shared dream of relocating to the magnificent California shores of the Pacific Coast leading the way.

Faced with an onslaught of trials, tribulation, turmoil, and misfortune, Dustin and Gauge persevere, surrounded and guided by a connection that transcends their understanding. When an unexpected intruder invades the sanctuary of their world, the young men are confronted with an impossible fate, challenging them to embody the selfless sacrifice and impenetrable commitment needed for their journey's end on the sands of the Pacific.

Craig Moody was born and raised in Pembroke Pines, Florida, a suburban community that edges the beautiful Florida Everglades. From an early age, Craig displayed an artistic passion and natural ability as a wordsmith. After several years of pursuing modeling and acting ambitions, Craig has finally returned to the core of his creative soul to heed what he believes is his life's true calling: writing. The result, his debut novel, The '49 Indian. Craig currently resides in Fort Lauderdale, Florida with his boyfriend, Gable, and twenty-one-year-old cockatiel, Alley.
Loading...
or support indie stores by buying on