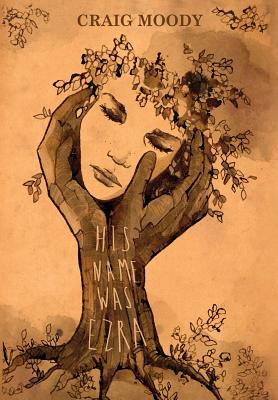 His Name Was Ezra

Judith Bracewell, a twenty-one-year-old, pale-skinned, red-haired, freckle-faced tomboy, enjoys spending her Saturday afternoons playing baseball with the boys on the other side of town. Falling in love with one of her teammates, dream-driven, hopeful future lawyer Ezra Washington, the pair are forced to spend their shared off-field time together in secret, deep in the woods within the confines of an abandoned Civil War-era cemetery. Residing in Waynesboro, Mississippi, in 1957, the strict, limiting, and dehumanizing laws of the Jim Crow South deem their natural bond forbidden, all due to the opposite color of their skin.

After Judith falls victim to a violent and brutal physical assault, Ezra goes missing, with Judith's older brother, Ed, receiving the blame for his disappearance. When a fame-eager, ambitious assistant district attorney arrives to investigate the vanishing of young Ezra, Judith is quickly forced to balance her love and loyalty for her only brother with the overwhelming devastation and heartbreak she feels for her beloved, missing Ezra. Amid a reckless and ongoing criminal trial and quickly-deteriorating relationship with her younger sister, Francis, Judith must contend with a self-sacrificing decision that will eliminate her personal hopes and dreams for the future, but will save her brother's life.

Years later, the cruel course of destiny has Judith trapped in an emotionally, psychologically, and physically abusive marriage, her only saving grace: her five-year-old son. Once more faced with an extreme decision of selfless abandon, Judith finds her fate dangling in the hands of not only the state of Mississippi's judicial system, but also the slow-changing, ever-fickle, and often unjustified court of social and public opinion.

Set between the infamous Emmett Till murder of 1955 and the Civil Rights Act of 1964, His Name Was Ezra tells the riveting tale of one young woman's incredible journey of love, personal sacrifice, family loyalty, and forgiveness, and a region and nation's deep-rooted struggle with race and gender discrimination.